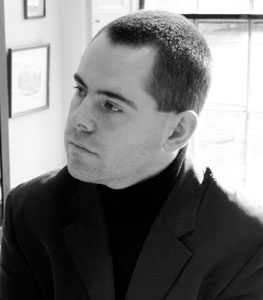 Dubbed by Gramophone as “a superb, confident technician and an intelligent stylist, who doesn’t have to prove anything”, American pianist Chad R. Bowles has performed hundreds of solo recitals across the United States, in Canada, and Europe. A rising star in the piano world, he is now recognized as a master of his instrument who is routinely hailed for an ideal combination of innate musicianship and stunning virtuosity.

As a recording artist, Mr. Bowles has received unanimous critical praise for his work for JRI Recordings. His debut recording of five Haydn sonatas was promptly named by Fanfare Magazine as “the starting point for anyone not familiar with Haydn’s sonatas” and continued “If you are already familiar, all the more reason to catch up with Mr. Bowles.” His second recording for JRI features Richard Strauss’ Enoch Arden with Bass-Baritone David Ripley. An all-digital album of Liszt piano works titled “A Liszt Album” followed, and his most recent CD, released in May, 2017, features the Chopin and Liszt B Minor Sonatas and has received remarkable critical praise. Future projects include a second volume of Haydn Sonatas, as well as a recital of music by Beethoven, Chopin, York Bowen, and Liszt.

A New England native, Mr. Bowles holds a bachelor’s degree in Piano Performance from the University of New Hampshire and both a master’s degree and the Graduate Performance Diploma from the Peabody Conservatory in Baltimore, Maryland where he concurrently served as a teaching assistant in the Keyboard Studies department. His primary teachers include Arlene Kies, Frederick Moyer, Alexander Shtarkman, and legendary American pianist Earl Wild. He makes his home with his wife and young children in Baltimore, Maryland, where he is full­time artist faculty and Chair of Piano at Peabody Preparatory and the Co-Director of the Peabody Piano Academy.

Free for NEPTA members. Tickets for non-members and guests: $20